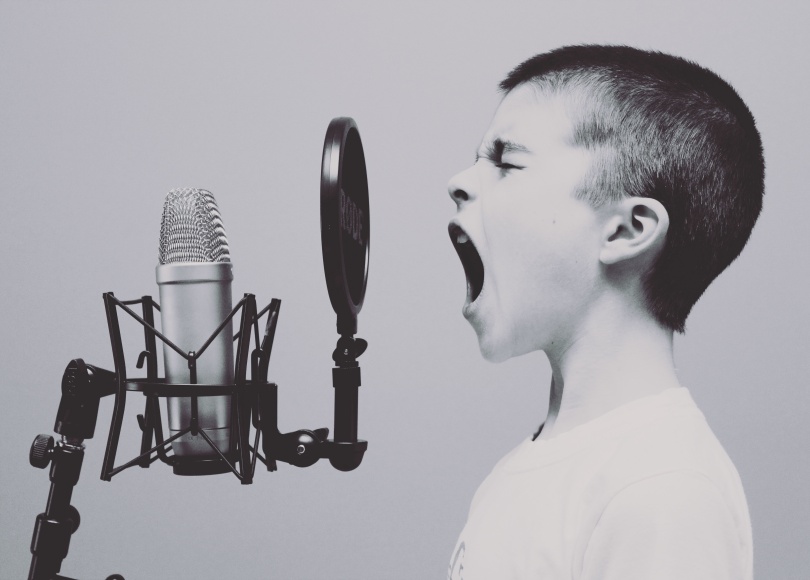 “Watch you mouth!” is one of those phrases we’ve all been threatened with before. For me, this was usually accompanied by a look telling me that if I didn’t obey, my mouth was going to be washed out with soap or tabasco, whichever one was closer at the time. As a child, I caught on pretty quickly and never had to suffer the same punishment that many of my friends did. What I learned, however, was behavior modification, not the heart issue behind the warning. I realized I shouldn’t say certain words around certain people, but I was never taught what words not to say to myself.

The crazy cool thing about the Bible is that it’s true! I’m naturally a skeptic, so for many years I thought it was just an old, boring book that had nothing to do with real life, but I was wrong. There are so many truths housed within the Bible, like the one listed above. I know it’s easy to glance over a verse we’ve all read and heard about before, so let me share a story from my own life to illuminate this truth.

I’ve struggled with my body image since I was in 4th grade. I remember exactly when and where it started: in my kitchen when a family member called me “fat” for the first time. I had just come home from school and was sitting on the counter, eating a snack before starting on my homework, as was my custom. This individual walked in and said “you’re getting a little heavy, aren’t you?”. They then proceeded further into the house to do whatever it was they were planning to do. But those words have stuck with me.

For years I’ve felt fat, disgusting, ugly, and a thousand other negative things. Instead of brushing that flippant comment off, I adopted it as part of my mantra. The interesting thing is that I didn’t even realize that’s what I had done until a few years ago, when I looked back and pinpointed that moment as the source. Since that individual uttered those words, I have been using them as my own. I’ve allowed those idle words to create death in my mind, poisoning my opinion of myself. I am skilled in the art of degrading myself, going from zero to toxic-thought-land in record time, reaching the inevitable conclusion that I am worthless, terrible, and an all-together unfortunate waste of space.

But that’s a lie.

And what do we do with lies? We combat them with the truth. When your thoughts begin to return to that dark, twisty place say “No. I am fearfully and wonderfully made” or “I am His masterpiece, created in Christ Jesus for good works”. But instead of reciting these verses from rote, learn what they mean. What does it mean, practically, for me to be a masterpiece of God? How does God’s masterpiece act? What does it mean to be fearfully and wonderfully made?

The opposite is also true. When you begin to think “I’m amazing” or “I’m better than ______” (you fill in the blank), remember those verses about Jesus, who didn’t come to be served, but to serve and gave up his life for us. Remember how He didn’t come to earth with a huge parade or extravagant celebrations, but was born in a lowly stable.

Now, in the spirit of honesty and full-disclosure, I don’t want to be writing this because now I’m held accountable. I can’t, in good conscience, post this, encouraging you to change your thought-life, without daring to change my own. Part of me doesn’t want to change, because I’m comfortable here in my dysfunction and poor self-image. But that’s not what God wants. He’s not a fan of his child producing a veneer of health when there’s a cesspool lurking behind it, because that’s not an accurate representation of Him.

So, I will begin working on changing my thought-patterns. Not because I think I’m great, but because Jesus died for me. He loves me, is patient with me, is gracious to me, so I need to practice extending that same courtesy to myself. I’m ready to speak truth to myself, are you willing to join me?