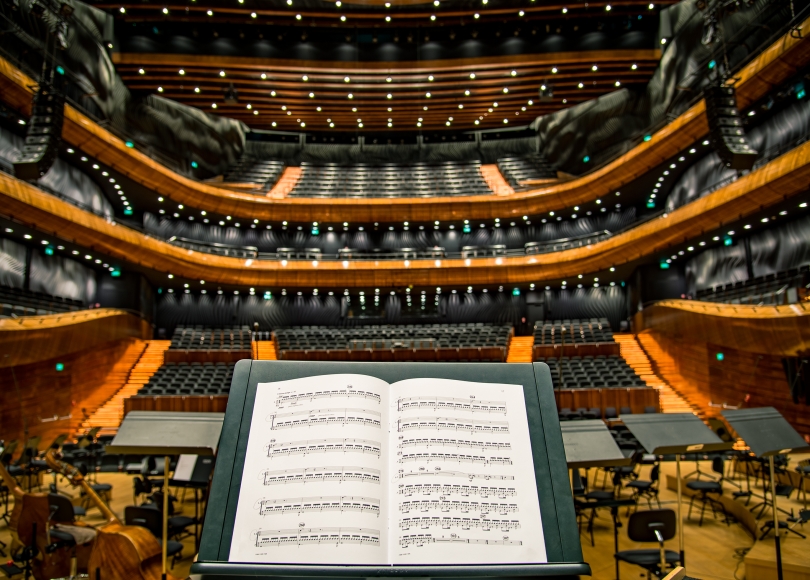 I love going to the theatre and seeing plays and musicals. When you’re sitting in the auditorium there’s an excitement and a buzz from the on-lookers as they anticipate what’s about to happen in front of and around them. But this pales in comparison to the hubbub that goes on backstage. As the clock ticks down, the stage crew is scurrying around backstage, making sure everything is perfect for the on-lookers. To those who have never been backstage it looks like nothing is happening, when that couldn’t be further from the truth.

I wonder how often we see our lives the same way, thinking there’s nothing happening when, in reality, things are moving and changing that we can’t see.

This is a constant struggle that I have. If I make positive changes and don’t see immediate results, I have a tendency to give up and return back to my old, easier patterns of life. I’m not the only one who struggles with this concept, great men and women in the Bible grew impatient with God, not realizing that God was working on their behalf behind the scenes. 1 Kings 18 describes an epic showdown between Elijah and the prophets of Baal, a false idol that was very popular during the time. It’s amazing how, almost instantaneously, he went from celebrating a wonderful, winning moment to being consumed by fear and loneliness. Elijah lost his focus and forgot that God does amazing things behind the scenes to set his people up for success and opportunities for God to show off. 1 Kings 19: 13-18 says:

“And a voice said, “What are you doing here, Elijah?”

He replied again, “I have zealously served the Lord God Almighty. But the people of Israel have broken their covenant with you, torn down your altars, and killed every one of your prophets. I am the only one left, and now they are trying to kill me, too.”

Then the Lord told him, “Go back the same way you came, and travel to the wilderness of Damascus. When you arrive there, anoint Hazael to be king of Aram. Then anoint Jehu grandson of Nimshi to be king of Israel, and anoint Elisha son of Shaphat from the town of Abel-meholah to replace you as my prophet. Anyone who escapes from Hazael will be killed by Jehu, and those who escape Jehu will be killed by Elisha! Yet I will preserve 7,000 others in Israel who have never bowed down to Baal or kissed him!”

Elijah was so focused on his problems, his loneliness, and his situation that he forgot how the Lord works behind the scenes. God was working in the hearts of 7,000 other people, but Elijah wouldn’t have known that had God not told him. Then, when Elijah got up and decided to stop wallowing in self-pity, God led him to Elisha, who would walk through life with Elijah and help him with his ministry.

I have found that, no matter what our situation looks like, God is still at work. It’s so easy to think when we’re “stuck” or find ourselves going around the same mountain again that nothing’s changed. But what I’ve found is that most often the thing that changes during the hard times is us.

In Elijah’s case, he had 40 days and 40 nights of healing to do while he traveled to Horeb, also known as the Mount of God. I wonder what his self-talk and conversation with God looked like during that time. Was Elijah still down in the dumps, slothfully making his way on the long 40 day trek? Was he energized and excited for the next thing God was going to do? Did God speak to Elijah during that time or was he strategically silent? Regardless, I believe that during that 40 day period of marching through the desert Elijah began to experience some heart change. So, while God was orchestrating things all around Israel, while he was changing hearts and minds toward Him, Elijah’s heart was also being transformed.

If you feel like things aren’t moving or changing fast enough, if you feel like you’re stuck, I understand where you’re coming from. I’ve lived in that space. Just give it time. Instead of focusing on all of the external moving pieces, look internally. Have you changed? Has your heart softened? Is your mind being renewed? Are you growing closer to the Lord? It’s amazing how, when you turn your focus to the Lord, things begin to move. I’m not saying this is a magic fix to every problem or situation, that when you turn your gaze to Him that will immediately trigger change, but when your focus changes and the most important things become the most important things, when you change, the world takes on a different light. Let’s trust the Lord and his timing and see what miracles he performs on our behalf.