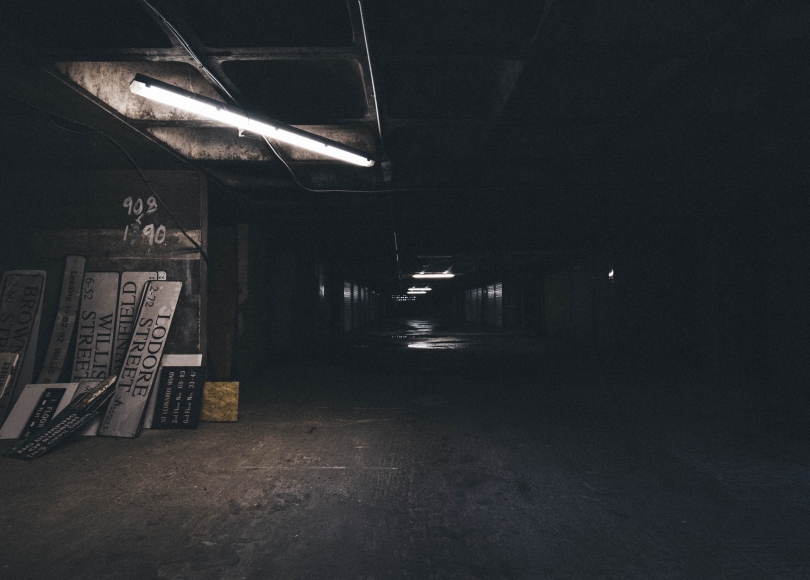 I recently had a conversation with a couple friends who were describing a dark, wild, rebellious season of their lives. I was pretty silent during this part of the conversation because the sins I struggle with generally aren’t the obvious ones. After they were both done, they turned to me and made mention of how I’ve been pretty steady and stable most of my life. While they were off partying and being wild I was working or studying. Our time together reminded me that our struggles shouldn’t be ranked against each other, though it’s so easy to do. So, to make fully sure they wouldn’t think of me as perfect, I outlined a few of the things that I have struggled with and still have to be on guard against: depression, hatred, control, anger, pride, and numbness to name just a few.

What I’m coming to realize is that fear is at the root of many of the things I struggle with. I believe unhealthy fear is a gateway sin. It’s one sin that can lead to other sins, taking me a lot further, a lot quicker than I wanted to go. I see fear like that hit on a joint or that first taste of alcohol on an addict’s lips; one drop of misplaced fear left unchecked can lead to a whole host of behaviors you didn’t see coming.

I believe that God does nothing by accident. There are little intricacies in how the Bible was written that were purposeful and are there to make a point or to teach us a lesson about God. Phrases like “do not fear” and “don’t be afraid” pop up hundreds of times in the Bible in many different contexts. I don’t think this is an accident. I believe that God did this on purpose, fully knowing how prone our human nature is to live in a spirit of fear.

In the garden, after Adam and Eve sinned, their immediate reaction was fear. Knowing they had broken the one rule God had given them, they hid from the One who had done nothing but love and care for them. Though they hid together, they were no longer operating as one unit. Adam blamed Eve and God for his sin, removing blame from himself. Eve blamed the serpent, not taking responsibility for her actions. Fear leads to isolation, compounding the destruction in our lives and opening the door for that same sin to happen again.

Unhealthy fear is at the root of hatred, prejudice, anger, insecurity, pride, and self-hatred, to name just a few. In the isolation that fear creates these sins begin to grow and are compounded by doubt, depression, and hopelessness. Then the vicious cycle begins again, leading further and further into sins and addictions and hurts and away from God and his immense love.

I wonder what would’ve happened if, after they sinned, Adam and Eve had gone running toward God instead of away from him. What would the world look like today if those two hadn’t given into fear? What if they had remained secure in who they were made to be instead of hiding in shame? Regardless of their sin and their hiding, God still pursued Adam and Eve, fully knowing the extent of what they did, permanently separating themselves from his presence. They experienced spiritual death at that moment, yet God wasn’t willing to give up on them. He sought them out and was willing to cover their shame and nakedness. The fear they had given themselves over to was no match for God, his love prevailed.

God’s love is more powerful than any sin or fear we give ourselves over to.

I am afraid of many things. I am afraid of failure, success, being known, wasting my life, and fulfilling my calling to name just a few things. Yet, in the midst of my unhealthy fear, which sometimes cripples me, God is faithful. He is passionate about me and my heart. When I’m at a standstill, unable to move forward, he comes alongside me, lovingly takes my hand and helps me take a step. When I’ve sinned again and feel ashamed, as if I’ve disqualified myself from his presence, he continues to passionately pursue me.

My story and the story of Adam and Eve aren’t unique; God loves you and is passionately pursuing you as well. If a spirit of fear has you crippled or if you’re at a standstill because of shame, take a step toward God. Even though it can be scary to do, invite him into your situation and ask for his help. You don’t need to hide from Him. Tell that fear monster to leave and invite the perfect peace of a loving Father into that space. Because, after all, God’s love is infinite, his grace is abundant, and his forgiveness is accessible.