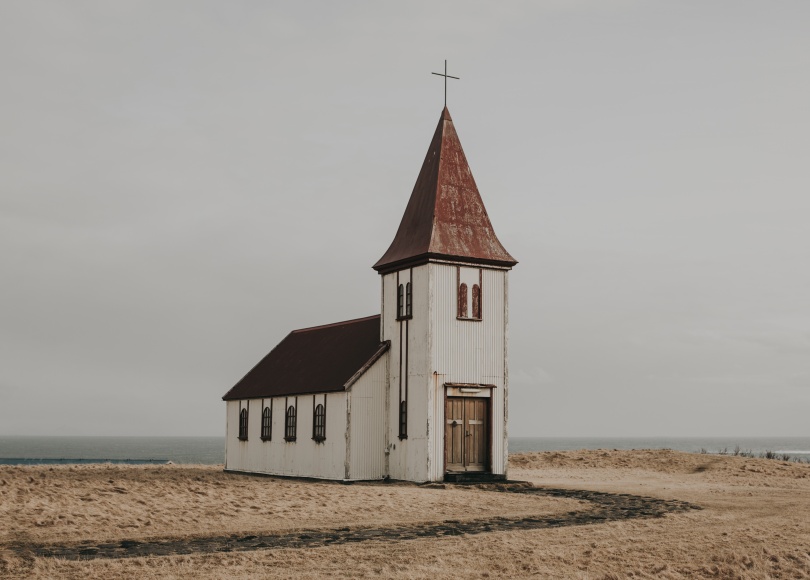 Marriage is a weird concept. As an outside observer, a single person, I must say that the idea of bringing two people together to become one is quite the tall order. I truly don’t believe any human being would’ve ever come up with such an unusual, out of the box idea on their own. But God created marriage for strategic reasons, one of which being to show who he is to the world. What an incredible responsibility and privilege! The unity of marriage is a symbol of the triune God and is a small glimpse into what the marriage between God and the Church will be like.

As beautiful as this is, it doesn’t make marriage any less weird; you have two distinct and very different people who promise to spend their lives serving and loving and putting up with one another in spite of all the flaws and failures and quirks. This arrangement is to continue regardless of feelings, arguments, and issues. Despite everything, families, histories, upbringings, spending habits, beliefs, communication styles, and personality types, these two people, once joined together aren’t to be separated. Marriage is an act of unity, it’s an act of becoming one.

Today I was reading through John 17, also known as Jesus’s high priestly prayer. Please take a few minutes to read this today and meditate on it. There’s so much in this chapter and is always very encouraging to me when I read it.

As I read Jesus’s prayer, I was struck by the overwhelming theme of oneness. Over and over again Jesus showed the unity between him and the Father. But it was the cry of his heart that we would be united to each other and to him.

“I do not pray for these alone [it is not for their sake only that I make this request], but also for [all] those who [will ever] believe and trust in Me through their message, that they all may be one; just as You, Father, are in Me and I in You, that they also may be one in Us, so that the world may believe [without any doubt] that You sent Me.” – John 17: 20-21 (AMP)

Wow! This is a tall order. That millions of people from different nationalities, backgrounds, societies, civilizations and times would be one; talk about impossible! IT’s a good thing that nothing is impossible with God!

It’s so easy for us to mistake unity for sameness, but these are two very different things. Unity is the coming together of different and distinct people; unity requires differentiation. It’s not unity unless there’s an opportunity for disunity. I don’t care what you look like, what gender you are, where you live, your education level, socio-economic or political stance, if you are a Christian and are seeking the Lord completely, then you and I are one because we’re both part of the Church. We are united in loving God and others passionately, and we are, by God’s grace, fulfilling what Jesus prayed for. Let’s seek unity where we can today.