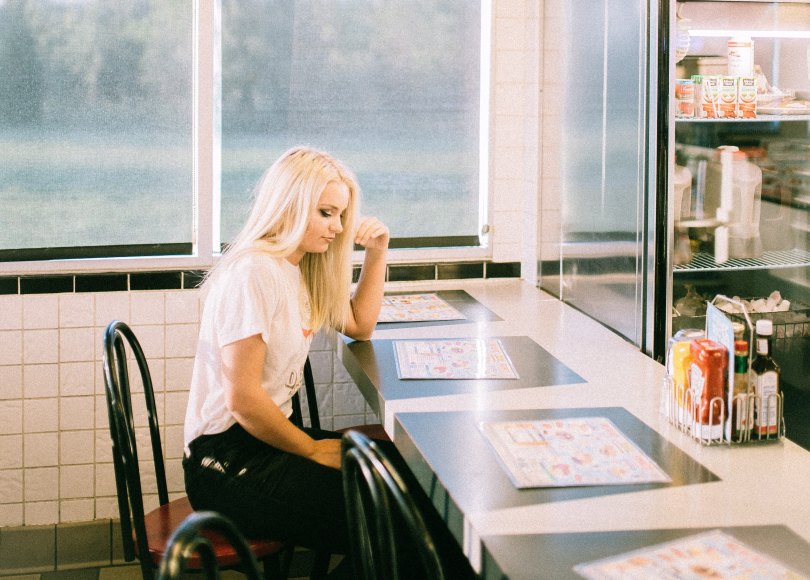 Have you ever gotten food that you didn’t order? Sometimes this is an exciting experience: you get your favorite dish comped or extra food brought to your table. But other times it’s a nuisance and the exact opposite of what you wanted. If the server ever brought me seafood instead of whatever land-based item I ordered, I would be severely perturbed. But this post isn’t about our food preferences.

I wonder how often we bring things to God that he never asked for.

I’m a super-duper achiever. I have to be working on 17 million things all at one time because I’m full of great ideas and I think I can accomplish all of them. When I get an idea from God, I often want to take the idea and make it as grandiose as possible. If there’s one thing he asks for, I want to make 12 of them with bright lights and intricate parts and all the bells and whistles possible. And, while I might be able to create something great, it wasn’t what God had asked for.

Recently, I was working on multiple projects, multiple books, blogs, programs, etc. all with certain goals I wanted to accomplish. Many of these are God-ideas, things he has spoken to me and I know I will create or produce at some point. But I was trying to do all of them right now, this instant, instead of asking him what he wants for me right now. When I slowed down and I asked him “what should I be working on now?” he answered me and gave me two things. That’s it.

Now, these two things don’t make sense for me to be working on. I need to do steps 1-18 first and then I can work on these things, but that’s not what he said. That’s not what he ordered. He didn’t tell me to build my following and then write my novel (which is logical and how it usually works), he told me to write my novel. He didn’t tell me to release more ebooks and practice writing and releasing books, he just instructed me to write.

It reminds me of the story of King David and his desire to build a house for the Lord.

Now when the king lived in his house and the Lord had given him rest from all his surrounding enemies, the king said to Nathan the prophet, “See now, I dwell in a house of cedar, but the ark of God dwells in a tent.” And Nathan said to the king, “Go, do all that is in your heart, for the Lord is with you.”

But that same night the word of the Lord came to Nathan, “Go and tell my servant David, ‘Thus says the Lord: Would you build me a house to dwell in? I have not lived in a house since the day I brought up the people of Israel from Egypt to this day, but I have been moving about in a tent for my dwelling. In all places where I have moved with all the people of Israel, did I speak a word with any of the judges of Israel, whom I commanded to shepherd my people Israel, saying, “Why have you not built me a house of cedar?”’

God didn’t ask him to build Him a house, he was reserving that for someone else. And when it was time for the Temple to be built, it was ornate and extravagant and a precious place to worship the Almighty.

I wonder how many times we do something that the Lord was actually calling someone else to do? Or how often we get so busy creating something he didn’t ask for that we miss out on intimacy or a precious moment? Or how often we get preoccupied with striving instead of resting or loving well or being peace-makers?