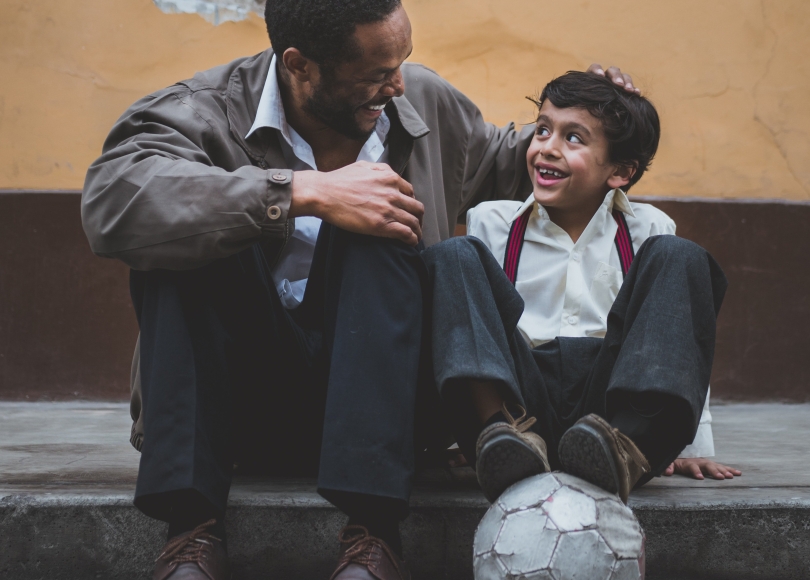 One of the big questions that plague my mind so much of the time is “why am I here?” I don’t ask this in a geographical sense but in regard to purpose. Now, I know that we are all instructed to love God, love ourselves, and love others in everything we do, which can influence every single portion of our lives, but sometimes I want a little more clarification.

“God, what exactly do you want me to do?” is the real question I’m asking.

This morning I had a glimpse of what it feels like I’m called to do: encourage others. I had a rough night last night and have been in a lot of physical pain lately, yet I woke up praying for others and, with a few specific people on my mind, I launched into encouragement mode. I spoke life into people who are doubting or worried or struggling. I encouraged those who are going after their dreams and gave practical advice to those who needed it.

And I felt full.

Earlier this week, I was listening to the Damaged Goods sermon series by Pastor Michael Todd and I highly recommend taking a listen! These messages are incredibly encouraging and applicable to pretty much any stage of life.

Throughout his messages, Pastor Mike focuses on a character in the Bible named Mephibosheth, who was the son of Jonathan, the grandson of Saul. Mephibosheth couldn’t walk because his nurse dropped him when he was a kid, but David took him from crippled beggar to sitting at the King’s table. Talk about a change of scenery!

Then things start to go wrong for David. In 2 Samuel, Absolom, his son, launched a coup and forced David to flee the Kingdom. When David comes back and resumes his rightful place, he’s met by many people seeking the King’s good graces including Mephibosheth.

“And Mephibosheth the son of Saul came down to meet the king. He had neither taken care of his feet nor trimmed his beard nor washed his clothes, from the day the king departed until the day he came back in safety. ” 2 Samuel 19:24 (ESV)

What’s so interesting to me about this verse is how Mephibosheth got to the king. Remember: he couldn’t walk. The servant David had instructed to care for him had stabbed him in the back and left him all alone after stealing a bunch of his stuff. Mephibosheth was abandoned again and yet, somehow, he made his way to the king. Someone brought him to the king, but we’ll never know who they were.

As I was listening to this part of the story during Pastor Mike’s message, I yelled in my car “I want to be that unnamed servant!”

Then I paused and questioned, Is that who I really want to be?

Pride rises up in me and desires for my name to be known. Insecurity whispers telling me that if my name isn’t known, then I’m nothing. Shame says that I’m only valuable if I accomplish a lot. Competition says that I need to be better than them.

But I no longer answer to those things. I have no need for those now because I know my identity. And, because I know who I am, I can freely help others. This morning, when I was flooding people’s phones with encouragement, I was being like that unnamed servant in a small way.

I don’t say this to toot my own horn, but to encourage you that you can live out your purpose in some small way today. Spend some time loving God, do something to care for yourself, and serve someone else in some way today. It doesn’t need to be hard or complicated or extravagant because sometimes the simple things are the most impactful.

I pray that all of our eyes are opened today to small ways we can be like that unnamed servant who helped someone who couldn’t help them in return.

What do you feel like you’re called to do?

How can you be like the unnamed servant and help someone else today?