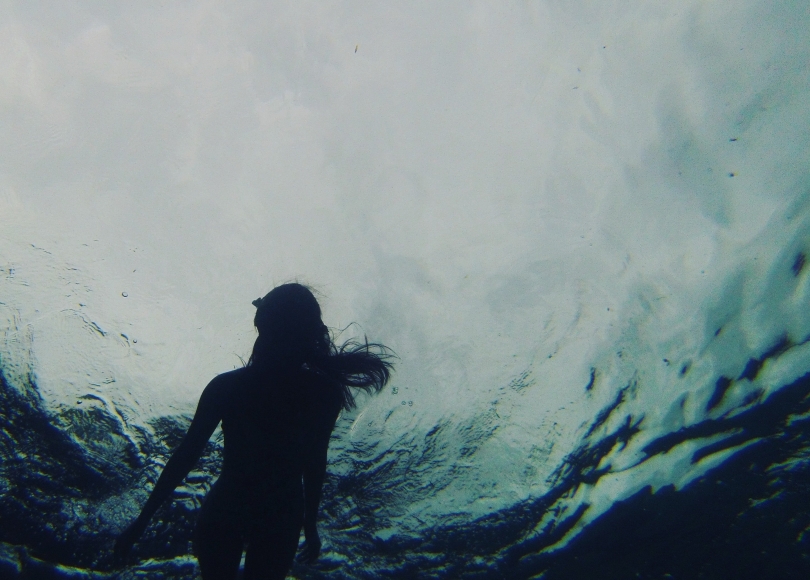 It’s currently blazing hot here in Dallas, Texas, and I’m hating every minute of it. I cannot express to you how much I loathe summers or my unending gratitude for air conditioning. The one benefit of this hellacious season is the opportunity to regularly go swimming. About every other day, I’ll look at the dog and ask her “Janet, do you want to go swimming?” to which she eagerly replies by sprinting to the back door, thrilled to jump into the pool with me. She loves being able to paddle around in the pool and get out of the house for a little while. And, if I’m being honest, she’s pretty much the only one that I will go swimming with.

Have you ever thought that maybe, just maybe, Jesus wants to go swimming with you?

In the book The Eternal Current, Aaron Niequist invites the reader to cannonball into what God is doing on the earth and in the church. It’s an invitation to step into his goodness instead of remaining on the sidelines or the shore. He shares his story of being steeped in the dogma of a particular denomination and the freedom he experienced when he branched out of that and pursued the God of the Bible.

“The Teacher of life does not stand aloof from our search but rather invites us to swim with him.” The Eternal Current

This statement stuck out to me like a sore thumb of goodness and grace. God isn’t some far-off figure whose arms are crossed with his foot tapping impatiently at us. He’s not rolling his eyes or crossing his arms in frustration. He’s not moved on to someone else because he’s through with us. He is patiently and lovingly waiting for us and consistently inviting us to come and swim with him.

Guys! The Creator of the universe wants a relationship with us! He longs to spend time with us. I don’t know that I’ll ever get over this particular truth.

It’s so easy to feel like we need to perform for God or do x, y, and z to please God, but that’s not the case. He doesn’t want what we can do for him, he longs for a relationship with us. Jesus didn’t accept the penalty for our sin and shame and give us his life so that we would do a bunch of things for him, he did it so that we could be in right relationship with him again.

Let’s spend some time today swimming with him. Our focus doesn’t have to be on performing or doing or appearing a certain way, we can just approach him as is. Then let’s have the courage to throw caution to the wind and cannonball into his grace.