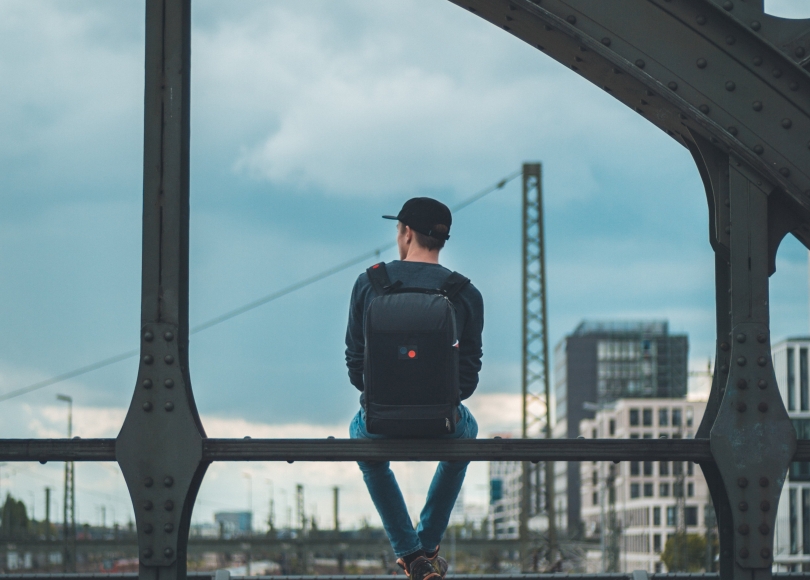 In the show The Big Bang Theory, a group of eccentric scientists do life together, resulting in many quirky adventures along the way. In one episode, one nerd, Sheldon, posits a theory about Batman, to which Stuart (a fellow nerd) responds that he couldn’t be more wrong. Taking offense, Sheldon insists that wrong is an absolute, sure there are no levels of wrong. Stuart responds “It’s a little wrong to say a tomato is a vegetable, it’s very wrong to say it’s a suspension bridge.” You can watch this clip here.

Lately, I’ve been very wrong about some things. And I haven’t been just a little wrong, but “calling a tomato a suspension bridge” wrong.

I’ve been focusing on surrendering many things to God, choosing to release control, and submit because I trust him. But I’ve been going about it all wrong. I have been doing it with barred teeth and white knuckles, sure that I was doing “the right thing”.

I had become so focused on my actions that I had forgotten about the heart behind them.

While my intentions were good and the goal was a worthy one, I was much more focused on what I was doing for God than what he had done for me.

Surrendering was something I could force myself to do.
Releasing control was an action I knew I had to take so I did.
Trusting God was “the right thing to do” so I put on a brave face.

But I had submission all wrong! I couldn’t have been more wrong if I had tried!

I was so focused on my action and what I felt that I was missing out on by surrendering that I missed the blessing and freedom that comes with surrender. When I choose to live with my hands open, releasing everything to God, that means that it’s not all up to me to sustain. I don’t have to try and keep every plate spinning in the air, every cog in the machine functioning, and I don’t have to be perfect. I can just live and be and allow my perfect Father to care for me.

“He who did not spare his own Son but gave him up for us all, how will he not also with him graciously give us all things?” Romans 8:32 (ESV)

Because Jesus took on my greatest need at my lowest, darkest moment when I didn’t even know I needed him, I can trust that he has everything else taken care of.

“Every good gift and every perfect gift is from above, coming down from the Father of lights, with whom there is no variation or shadow due to change.” James 1:17 (ESV)

Because God is the same yesterday, today, and forever, and he has historically given good gifts, the best gifts, to his children, I can trust that he will do the same in my life.

The truth is, the best remedy for my control problem is not to try to control my behavior further, but to focus on what Jesus willingly did for me. When I live from that place, submission isn’t a chore to be done, but a glad response to a wonderful savior.

As with everything else in life, I’m not perfect at this, but I am growing. Since I realized just how wrong I had been about submssion, I’ve generally been happier. Nothing about my circumstances have changed, in fact, some things have become even less comfortable, but my focus is back where it belongs: on God instead of myself. Focusing on God, choosing to surrender control, or holding things loosely aren’t formulas to make things perfect or fix problems. But when we return our focus to where it’s belonged all along, our perspective can improve, which can make the biggest difference of all.

What do you think about submission and surrender?

Are there any areas of your life where God is asking you to submit? How have you responded to his invitation?

To go Deeper: Read Just Obey, His Story, My Story