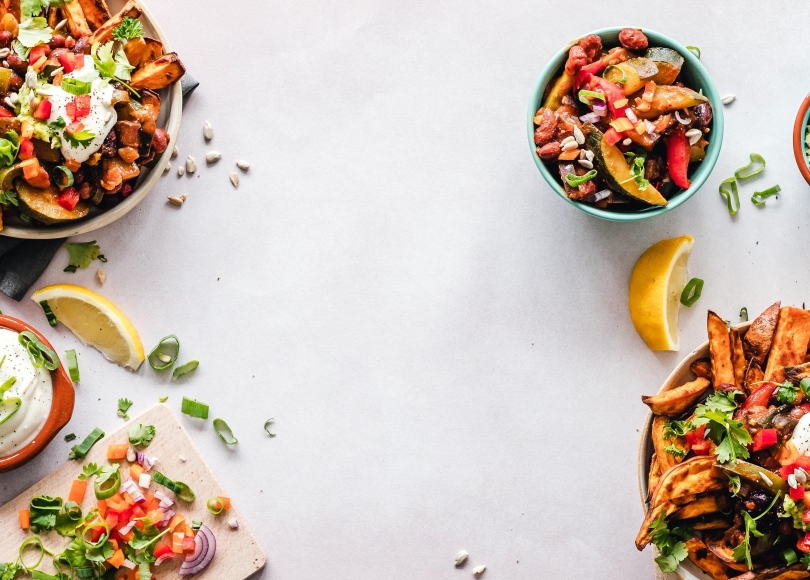 I love leftovers. I really hate cooking, so if I’m going to cook, you better believe I’m going to make enough so I have a few days of meals left over. I also will order too much food at a restaurant so that I can bring leftovers home. Why not try to extend that eating out experience a little longer?

The other day, I was reading the miracle where Jesus fed 5,000 men, and got so fixated on this idea of leftovers.

“When Jesus looked up and saw a great crowd coming toward him, he said to Philip, “Where shall we buy bread for these people to eat?” He asked this only to test him, for he already had in mind what he was going to do.

Philip answered him, “It would take more than half a year’s wages to buy enough bread for each one to have a bite!”

Another of his disciples, Andrew, Simon Peter’s brother, spoke up, “Here is a boy with five small barley loaves and two small fish, but how far will they go among so many?”

Jesus said, “Have the people sit down.” There was plenty of grass in that place, and they sat down (about five thousand men were there). Jesus then took the loaves, gave thanks, and distributed to those who were seated as much as they wanted. He did the same with the fish.

When they had all had enough to eat, he said to his disciples, “Gather the pieces that are left over. Let nothing be wasted.” So they gathered them and filled twelve baskets with the pieces of the five barley loaves left over by those who had eaten.” John 6:5-13 (NIV)

When this boy’s parents were packing his lunch that morning, I doubt they considered it would be the makings of an incredible miracle. I wonder what was going on in their lives at that point: did they have more than enough, so they sent the boy with this extravagant meal for one? Or were they scrimping and saving and those five loaves and two fish were meant to feed a handful of people? Did his parents have to sacrifice so that he could eat a good meal?

We don’t know the origins of that sack lunch (it could’ve been leftovers for all we know), but we know that when we give what we have to Jesus, he can do more than we could’ve ever asked or imagined.

What really struck me about this story is verse twelve—Jesus had the disciples gather what was left over so that nothing would be wasted. It’s very easy for me to focus so much on the miracle, that I miss this little detail at the end: this miracle extended far past those 5,000 men and their families. Those twelve baskets of food that the disciples picked up were used in some way for the good of others and the glory of God.

I believe the same is true in our lives. Nothing is wasted with God. Every ounce of faith, prayer uttered, encouragement given, tear shed, kindness extended, and love given isn’t wasted. Things that we do in secret aren’t wasted and the things done for God are never in vain. Even the hard and painful things that we experience throughout our lives can be used by God in incredible ways. And I believe that every miracle of Jesus creates leftovers that can point others to him.

No matter our role in this current season, I pray that our eyes would be opened to the miraculous around us today. I hope that we are able to see the goodness of God even amidst the fog of despair and sadness many of us are feeling. And I pray that each of us will have the courage to respond accordingly when he speaks. Nothing is wasted with God, including this season… this is a truth I have to continually remind myself of.

How have you seen the miraculous in your life?

Do you believe that nothing is wasted with God? Why or why not?

To go Deeper: Read Miracle in the Middle, Widow at Zarephath